Garrowby Limousins purchased Grahams Rooney at the May sale of Limousin Bulls held at Carlisle auction mart where he stood Junior and then Overall Champion 2021. 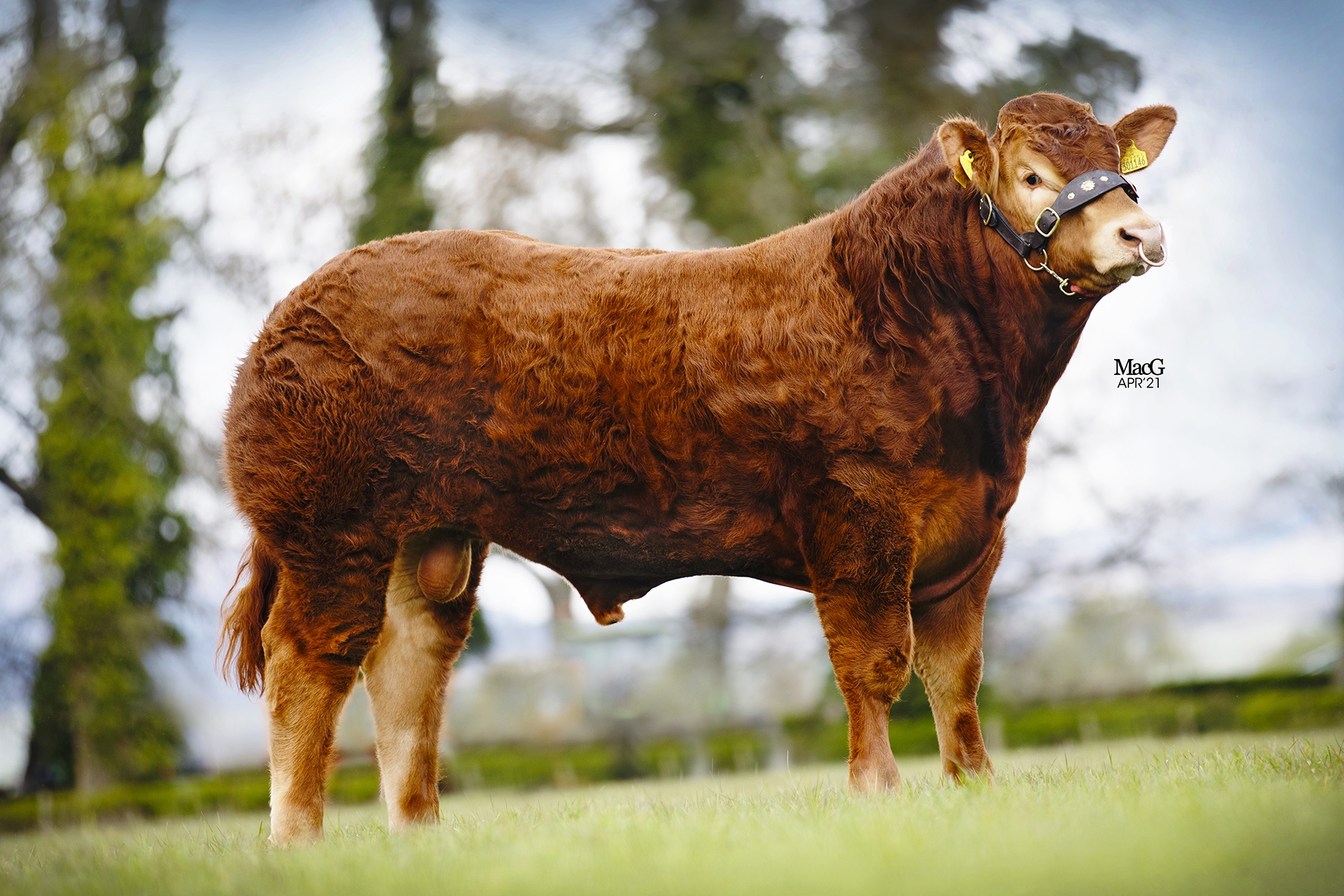 Grahams Rooney was purchased due his confirmation, temperament and his excellent pedigree. His dam is full sister to the record breaking £250000 heifer sold earlier in the year. His sire is the prolific Ampertaine Foreman who we know works well in the herd having used a son in previous years. He has a beef value of 53 placing him in the top 1%.

Rooney will have semen taken first before running with a select group of spring calving cows.  His attributes will hopefully knit well with the existing females to produce bulls and heifers for sale in 2023. Semen should be available for sale later in 2021.